Irvin Louis Koons, known professionally as Irv Koons, was born on March 14, 1922 in Harrisburg, Pennsylvania, the son of Frank and Rose (Silver) Koons. His father owned a printing shop and, as a teenager, Koons began assisting in the family business by designing items for their clients. In 1932, his older sister, Eleanor Pearl Koons, drowned in a local swimming pool at age 14. Shortly thereafter, the family moved to Reading, Pennsylvania. In 1939, after graduating from Reading High School early at the age of 16, Koons went to New York City, where he studied art at the Pratt Institute. With only $100 in his pocket when he arrived in New York, Koons worked his way through school by teaching art in settlement houses, selling his class projects, and washing dishes. In 1942, after taking a course in camouflage design, he was drafted into the U.S. Army and trained in the infantry and the amphibious engineers. Just before his unit was deployed for combat, he was reassigned to a Special Services unit in Fort Meade, Maryland, where he designed stage sets for Broadway shows traveling to overseas army posts to entertain the troops. He was then assigned to New York to work as a designer/illustrator for the Army’s Information and Education Division before being sent to New Delhi, India to work as art director for the China Burma India Theater of Operations. Despite still only being in his early twenties, Koons was assigned the position of acting cultural attaché for the United States Information Agency in India and the U.S. State Department. He also served as art critic for The Statesman, India’s leading English-language newspaper at the time, was guest editor of Roopa-Lekha, the Indian art magazine, and became a member of the All India Fine Arts and Crafts Society. Koons helped organize the first International Art Exhibition held in India and was instrumental in the founding of the National Art Gallery of India. 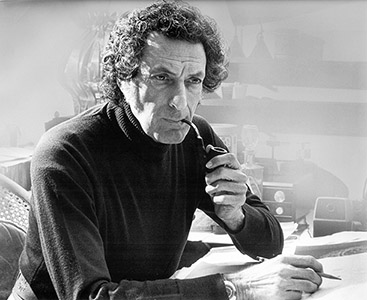 Koons worked on projects for numerous companies and organizations designing packaging, advertisements and logos, leaflets, brochures, and booklets. Among his best-known clients were Revlon, Bristol Myers / Clairol, Gillette, Nabisco, Milton Bradley Company, General Foods, Johnson & Johnson, Proctor & Gamble, Scott Paper Company, American Can Company, and American Home Products. He worked on the design or redesign of some of the most recognizable products in America, including Crest toothpaste, Dixie Cups, Band-Aid adhesive bandages, Scotties facial tissues, Maxwell House coffee, Chun King foods, Alpo pet food, and many more. His design for Good & Plenty candy and numerous other designs are still in use today. His iconic bottle design for Frïs Vodka has been seen on television in such programs as Star Trek: Enterprise and Babylon 5.

Koons also designed items, including advertising and publications, for various non-profits and Jewish organizations such as American Cancer Society, The Legal Aid Society, Memorial Sloan Kettering Cancer Center, United Cerebral Palsy, the American Jewish Tercentenary, the American Jewish Heritage Commission, the Union of American Hebrew Congregations, and several synagogues and community centers. For over twenty years he served as the design and graphics consultant for both the Federation of Jewish Philanthropies of New York and the Jewish Theological Seminary of America. Koons also created Jewish art pieces, including a complete set of eight Torah ornaments for the Temple Emanu-El in Englewood (now Closter), New Jersey. Cast in solid silver with gold plated highlights and antiquing, which Koons did by hand himself, this was the first such coordinated set of ornaments ever executed. The designs were based on the burning bush, with each breastplate depicting a different interpretation of the eight most important events in the history of the Jewish people; the crowns symbolized the flames. In 1960, he designed and executed a massive (50 feet wide x 9 feet tall) memorial wall comprising seven stained-glass windows depicting Biblical events for a conference hall at the Federation of Jewish Philanthropies of New York.

Koons won numerous awards for marketing, packaging, and advertising. In 1982 he was named the Packaging Person of the Year by the Packaging Designers Council. This was a rare award, having been presented only three times before, and only when the Council thought it warranted. The award presentation and dinner was originally scheduled to take place at the Plaza Hotel in New York City in a room intended to hold about fifty attendees. However, the PDC received such an overwhelming response from designers, friends, and students from around the world who wanted to attend that the event had to be moved at the last minute to a larger venue at the St. Regis New York.

His products won Clio Awards several times, including three gold Clios, and his work is included in the collections of the Museum of Modern Art, the Cooper Hewitt, Smithsonian Design Museum, the Jewish Museum (Manhattan), the Hagley Museum and Library, and Yeshiva University Museum. In 2001, Irv Koons was included in 2000 Outstanding Artists and Designers of the 20th Century, published by the International Biographical Centre in Cambridge, England.

Throughout his nearly fifty-year career, Koons worked tirelessly to promote a better understanding of the role of packaging in the successful marketing of commercial products and a greater appreciation for the historical importance of packaging. He lectured and taught extensively and, in 1973, developed a three-day “Fundamentals of Packaging” course for the New York University School of Continuing Education that included intensive professional seminars on packaging design and product marketing. He later expanded his seminar to reach international audiences in London, São Paulo, Amsterdam, Joannesburg, Israel, and elsewhere.

After his retirement, Koons established Irv Koons Design, an independent design consulting firm, at his home in Tenafly, New Jersey. He also did freelance design work. When Leah moved into the Lillian Booth Actors Home in Englewood, New Jersey, Irv moved into a basement apartment (complete with artist’s studio) in his son Jon’s home - conveniently located less than a block away from the Actors Home - so that he could visit her each afternoon.

Irv Koons eventually moved into the Actors Home himself. He died there on September 10, 2017. Leah died on February 18, 2019. They are both buried in Calverton National Cemetery in Calverton, New York.